Indians are avid travelers. A large number of Indian people visit foreign countries for education, trade, business, medical treatment, marriages, honeymoon, entertainment, and fun activities, etc. One needs to have valid travel documents to travel to foreign countries such as original passport, visa, medical documents, etc. All these documents are issued by the authorized agencies when India’s Ministry of External Affairs attest your documents and recognize its genuineness.

The procedure of MEA Attestation

The ministry of Externals will attest your documents only when it is first attested by the relevant agencies of your state or union Territory. It is a complex and time-consuming procedure. Strict scrutiny is done by the ministry of external affairs to verify the legitimacy of all documents and attest them. Even a single mistake can provoke the MEA to reject your document, thus putting all your efforts aimed at arranging valid documents for foreign travel.

If you want your documents to be attested quickly by MEA, contact us ASAP. We, at Easy Drafting, are happy to help you. We have a team of professionals & experts that are familiar to get these things done easily and quickly. Just contact us anytime. We will respond to your calls soon, take note of your requirements, and start the process of MEA document attestation. All clients are requested to supply us with only original documents issued by the relevant agencies. It will make it easier for us to process your request quickly and get the work done.

Why We Are Popular Among Clients?

Easy Drafting stands out from the crowd because of many reasons.

We have a team of experienced professionals who know each and every procedure of MEA attestation. So, they follow the standard procedure to get your documents attested by the Ministry of External Affairs.

We follow high professional ethics. All of our activities are transparent. From beginning to end, our experts communicate with you in a professional manner and help you with your questions and concerns. They give you real-time updates about the progress of your work, helping you to be aware of its status.

We are always available at your service. You can generate your request on our website or call us directly. Our experts will respond to you immediately or ASAP and assist you with your queries

Generate your request now for MEA Attestation. We are happy to help you! 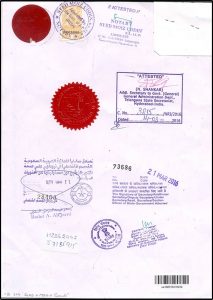 Attestation of documents from Ministry of External Affair (MEA), Government of India, New Delhi, is required to make it valid for use throughout India and in a foreign country. MEA is the only apex body having the authority to attest the documents issued from India. MEA attest the document or issues Apostille Stamp as per the requirement of the applicant.

The Ministry of External Affairs (MEA), Government of India has outsourced its General Attestation and MEA Apostille Documents services with effect from March 1, 2012. After the outsourcing of collection and delivery of Documents for Attestation/Apostille Services, No Document from individuals is accepted by MEA Counter at CPV Division, Patiala House, New Delhi. The original documents are to be submitted by all individuals directly to the outsourced agencies along with a photocopy of the document and a photocopy of the Passport of the applicant.

The Ministry of External Affairs does not levy any fees for General Attestation of documents. However, it has fixed the following Service Charge payable to us for each document-

MEA Attestation is done after the respective State Govt. authority has attested a particular document with its signature and seal of the Department. A list of the Regional Authentication Centers and the designated authorities may be seen at the Ministry’s website http://www.mea.gov.in/.

The process of Attestation of documents from Ministry of External Affairs (MEA) of Government of India can be done on all Indian issued Certificates. The procedure is as follows-

All original documents/copies requiring attestation from MEA must first be authenticated by the designated authorities of the concerned State/Union Territory from where the document is issued.

For Educational documents, The documents should first be attested by the Education Department/ Human Resource Development (HRD) of the concerned State Government/Union Territory. The authentication must be done with the name and designation seal as well as the seal of the Department.

For Non-Educational documents, Attestation by State Home Department or General Administration Department (GAD) of the document issuing State Government/Union Territory with the name and designation seal of authorized officer/Department.

The Ministry of External Affairs (MEA) thereafter, legalizes/attests the documents on the basis of the signature of the designated authorities of the State Government/Union Territory/Chambers of Commerce. Hence it does not take responsibility of the contents of the documents.

The countries that have not signed the Hague Convention of October 1961 require a general attestation by the MEA, India, for all Indian documents. The documents attested by the Ministry of External Affairs, New Delhi, are accepted by these countries as valid documents and they process these documents further through their diplomatic embassies/consulates to be used for various purposes in their countries.